Have you ever wondered what those marks on the underside of your pottery mean? Well, these letters and symbols that are usually found on a piece of vintage or antique pottery are like a signature. In other words, the manufacturer’s logo provides information about the porcelain’s origins, age, and value.

It might be complicated and overwhelming for a novice collector to be sure whether they are dealing with an authentic or a fraudulent pottery mark.

Learning every signature from multiple manufacturers takes time and energy, but it is definitely worth the effort. Also be aware that manufacturers may change their marks often. This guide introduces the most valuable and historically rich pottery marks.

Recognizing a mark on a piece of pottery is essential in determining its value. Hence you can recognize if collectible pieces are truly valuable or not. This comprehensive guide is a collection of marks found worldwide and includes dating information and a brief study on the specific manufacturer.

Is there a mark you recognize as part of your collection? Then you might be siting on a small fortune!

Weller Pottery production started in 1872 and ended in 1948. The manufacturer is famous for its classic style in arts and crafts design and its marvellous interpretation of Art Nouveau pieces.

Their unique style makes even a simple vase cost $150. Their mark is relatively easy to recognize, as it spells out the “Weller” name, as you can see in the image above. This kind of mark was used during the 1930s.

Van Briggle Pottery has been on the market since 1899. It is the oldest art pottery manufacturer in the United States that still produces collectible pottery. Their signature is matte glazes that add a classic look to their pieces.

Paul Revere Pottery has a rich history behind it, with a production that started in 1908 and continued until 1943.

The pottery from this particular manufacturer is easy to recognize, as it features the image of Paul Revere on his horse. The mark is easy to find on the bottom of the antique pieces.

Roseville Pottery has manufactured china designs in Zanesville, Ohio, from 1890 to 1954. The company produced distinct types of pottery over the years based on their customer needs and habits.

The most desirable pottery from this company is the pieces made from 1920 to 1940. The script above was used for the pottery starting in 1940.

Rockwood Pottery has been manufacturing pottery since 1880 and did a great job until the Depression. Due to the harsh economic times back then, their production ceased in 1967.

The company used to mark its pottery with a back-to-back R and P encircled by flames. Each year, from 1886 to 1900, the company added one more flame, then added Roman numerals underneath the logo to specify the year.

Newcomb Pottery was first introduced in 1895 and ended its activity in 1940. Also popular is Newcomb College Pottery, a factory which was operated by art students from Newcomb College.

This manufacturer is easy to recognize due to the decorations displaying florals, Spanish moss, oak trees, or blue backgrounds.

The pieces were simply marked with N or C. Other markings included the initials of the potter who was working on that particular piece of pottery or a system of letters that indicate the year the piece was made.

George Ohr was a particular artisan whose work expressed anything but control, perfection, and simplicity. He fought to be unique and escape the boundaries set by the Arts and Crafts movement.

His peculiar work was easy to recognize due to metallic glazes and pinched or twisted shapes. Nobody has ever succeeded in copying his work. Therefore, his signature on pottery is very precious. The pottery above was marked with the artist’s signature.

Fulper Pottery has changed its name several times throughout history. But the company which became Fulper began its activity in 1814. Before it was finally incorporated in 1889, the company changed hands and names many times.

Eventually, the manufacturer introduced its first art pottery in 1909, a work appreciated primarily for the unique glazes.

Bawo & Dotter, also known as Elite Works, is a company that started manufacturing from 1900. The manufacturer decorated the china pieces with a red shield-shaped decorating mark.

Other marks used by this manufacturer display the words “ELITE France”.

Buffalo Pottery used different marks to sign their art pieces. Most of them featured an American bison somewhere in the logo and numbers to indicate the date the piece was made.

A post shared by form and function with color (@many.a.moon.28)

The earliest Capodimonte pottery pieces were left unmarked. Later on, fleur de lis represented their signature. In 1771, Capodimonte started using a crown over the Neopolitan N mark until the 1800s, when the Royal Factory closed its doors.

However, other companies carried on the Capodimonte tradition and manufactured porcelain after 1925. Many of these pieces are marked with these companies’ names or foil stickers.

Coiffe Limoges France used a star mark with “Limoges” and “France” around it. Collectors and dealers would immediately recognize this unique star used between 1914 and the 1920s.

The Coiffe factory used to make lots of porcelain blanks which were then decorated by other companies with different patterns. Coiffe blanks were also spread to the United States to be used by both professional and novice china painters.

The Crown Potteries used ironstone, semiporcelain, majolica, and white granite to manufacture their pottery. The company was in business from 1902 to 1962.

The original Grueby Pottery was founded in 1894 and used a series of different marks over time.

You can easily recognize thisantique pottery by the “HB” mark. The initials were firstly used on pieces made by the Hubaudiere-Bousquet factory in Quimper, France, during the mid-1800s. According to experts, the subtle differences in marks used might better date the type of pottery and its age.

One of the most common HB marks used by the Hubaudiere-Bousquet factory in Quimper, France, is “HB Quimper” with decoration and shapes beneath. On the other hand, more simple marks from this manufacturer include only their initials.

This mark was used by the Jules Henriot Factory in France, a famous figure in the faience pottery domain. Collectors refer to Henriot pottery and this area’s china items as “Quimper.”

The manufacturer’s marks were different throughout the years. The “HR” was the first one, while from 1895 to 1922, the manufacturer used the “HR Quimper” mark. The example above is the classic signature of this brand, with no abbreviations, just the full name and origin.

Hull Art Pottery introduced its mark in the 1940s. The above example is easy to recognize, with the “Hull” letters standing out from the pottery’s surface.

This antique porcelain pottery bears the typical mark of the Laughlin manufacturer. The mark shows the American Eagle attacking the British Lion.

Homer Laughlin china is very popular among collectors, but only certain pieces and patterns are valuable. Among everything manufactured by this brand, Fiesta ware is the most precious series of pottery that you should know about.

McCoy was a United States pottery manufacturer from the early 20th century. This brand is probably the most collected in the nation.

McCoy used to add no marks at all. They changed this habit relatively early and began marking their wares with a style number. The solitary numbers were engraved on the bottom of their pottery. Later on, the manufacturer started using the letters in its name, as in the example above.

How Do Pottery Marks Influence The Final Value?

The previous pottery marks are only a few examples of signatures you may find on the bottom of your antique pottery items. These simple letters and numbers may tell everything about your collection pieces, from the factory and individual maker to the year of production.

Identifying these antique pottery marks is mandatory in establishing the value of your collection. If you are passionate about investing in exceptional and precious china items, you should consider researching them thoroughly and cataloguing your items.

Amazon and many other stores selling books have great resources inspire and help you tell how old or precious your antique or vintage pottery is.

Another easy way to tell if you are dealing with genuine antiques is by comparing the marks you find with original ones. Google image is a tool that may save you time and money. Upload a picture with your pottery’s signature, and the search engine will return with similar results. As a general rule, the older the pieces are, the more valuable they may be.

A: Marks reflect the manufacturer that made that particular pottery piece. The artist’s name can also stand as a mark. For instance, when an antique vase has a company’s name and the artist’s signature, it may be worth more than if it simply has the company’s name.

The antique pottery marks can be painted, inked, or engraved into the bottom of china items.

Q: What does “N” stand for on pottery?

A: When you notice an N on the pottery, this letter is most likely a mark from the Naples factory in Italy.

Q: What do factory marks mean?

A: Factory marks, also called potter’s marks, are meant to identify commercial pottery wares. Except for the Wedgwood symbols, stonewares before the 20th century had no marks. When it comes to earthenware, pottery marks are frequent, but artists’ signatures are occasional.

Q: What does the Qianlong mark mean?

A: The Qianlong marks are found on Chinese porcelain and display the dynasty during the production era. Look at this elegant example, showcasing unique Chinese art.

Whether you are just adding new items to your antique pottery collection or just recently started this new hobby, it is essential to identify your favorite brands’ marks. The list of marks mentioned today are just some pottery manufacturers you may find in antique shops and through trading, but there are thousands of others on the market. Spend time looking at different pottery versions to detect the essential details. This is the best method to uncover authentic pieces and spot the fakes.

Connecticut is a US state that is known for many things. It is the home of the… 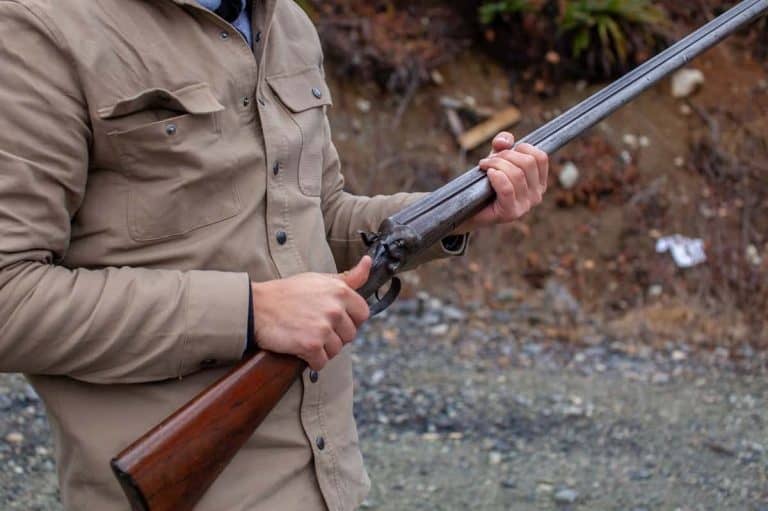 Vintage and antique double barrel shotguns are quite valuable collectibles, but making distinctions between them and estimating… 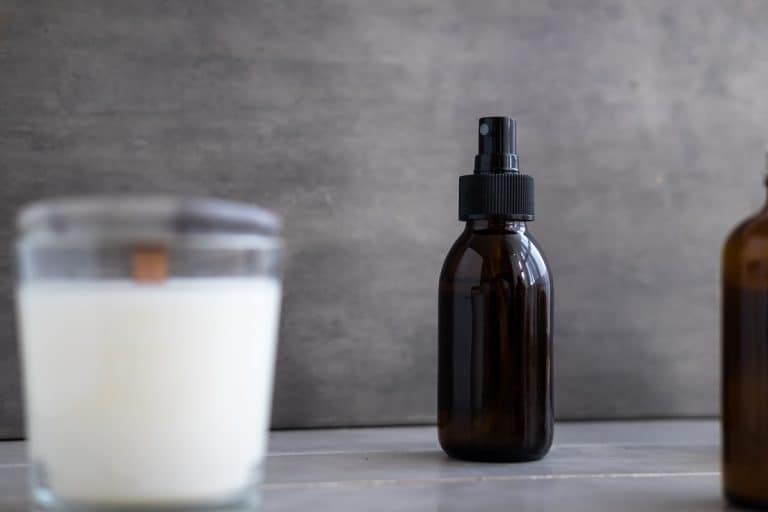 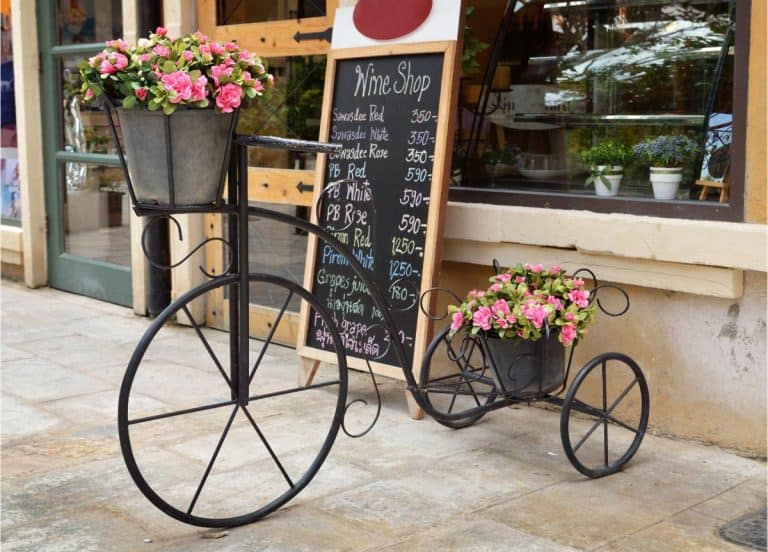 People love vintage Pyrex for many reasons, and some even have fond memories of playing with these…

If you’ve ever been to Texas, then you know how important is the nourishment of western culture…