There is a romance surrounding a good old-fashioned radio, with their chunky dials and aesthetically pleasing knobs and switches. While you can find some genuine antique radios out there on the market (antiques are older than 100 years), most radio treasures are technically vintage (between 40 and 100 years old).

Radio programs are still broadcast all around the world, and while listening live may have fallen out of favor, recorded programs and podcasts originally broadcast via the radio are soaring in popularity. It is easy to see why many enjoy collecting antique and vintage radios for their retro charm and important history in the development of modern society.

The concept of a radio, more accurately called a wireless telegraph at the time, was developed by Guglielmo Marconi in the 1890s. The radio’s advent took form as a wireless Morse Code machine to send messages to other people who were far away. The Italian inventor’s design was a revelation, and in 1896 Marconi applied to patent the first official radio.

Very quickly, other wireless designs entered the picture. The invention of a long-distance wireless telegraph was accelerated ahead of World War I with the intention of broadcasting important messages quickly.

By 1914, an alternator with a strong broadcasting wave was built by Reginald Fessenden, a Canadian inventor. This technology meant that voices rather than simply morse code could be transmitted for thousands of miles and hence had seriously useful military applications.

The Radio Corporation of America (later NBC Radio) managed to get hold of these early radio broadcasting resources, and opened up the potential of radio transmission to the public in 1919. Many people began to buy their own radios during the 1920s. Radio programs and transmission technology continued to develop, reaching a golden age in the 1930s. Important news and entertainment reached 80% of US households via the radio by 1939.

An incredible number of radios were developed in the past – tens of thousands of different models emerged onto the market worldwide. Identifying antique and vintage radios can be quite a challenge unless you know what you’re looking for. Here, we’ll discuss some of the main features to help you ID your old radio which will help you to find a value for it.

There are several notable brands when it comes to antique and vintage radios. The easiest way to identify a radio is by locating the name of the manufacturer and the model number. These can vary greatly as there was no standardization. As a general rule, model numbers are usually 2 to 6 characters long (numbers and letters) and may be printed on a label attached to the radio somewhere.

Look for labels on the underside or inside of radio cabinets or casings. If you’re lucky, the label may also contain information including a serial number or some kind of schematic diagram. If the radio is missing a label, there may still be a model number written or inscribed somewhere on the casing, cabinet or components themselves. However, be aware that different components may have different brand names depending on where the company sourced their components!

There can sometimes be a name along with the model number – either the brand name or a special model name such as the Crosley F5-TWE which had the model name “Musical Chef”!

Patent numbers are sometime present but can be confusing rather then helpful when it comes to identification as many manufacturers shared the same patent licenses. Patent numbers may also include a date which is misleading as this is not the manufacture date but simply the date when the patent was approved.

Once you find the model number and potentially brand name, you can start to conduct specific research to help with identification. You can try collector books such as the Slusser Collector’s Guide, specialised websites and forums such as Antique Radio Classified, or getting in touch with an antique radio expert via trustworthy and reputable websites such as Phil’s Old Radios.

We’ve put together a list of some of the most notable brands and manufacturers when it comes to antique and vintage radios, along with links to more information and examples of their products. There are many more radio manufacturers out there of course!

The early kit radios were made primarily by:

Art Deco style radios were commonly made by:

Post World War II radios were notably made by:

Investigating the materials your radio is made out of can provide some useful clues as to the period of manufacture, the brand, and whether or not the radio is collectible.

Some of the earliest models in the 1920s comprised a kit which the owner had to assemble themselves. Other early models did not include casing and displayed the radio components fully, and were typically mounted on a board.

Later in the 1920s, wooden or metal boxes with dials and buttons were manufactured, hiding the radio device elegantly inside. Manufacturers began to see the potential of radios as household furniture, and built devices into cabinets.

Early radios were also run on batteries which needed to be charged at specialist shops when they began to run out. Radios with electrical cords which could be plugged in were developed in the mid-1920s.

In the 1930s and 40s, Art Deco style radios became popular, with casings made from materials like Bakelite, Catalin, or other early plastic and resin materials. Wooden cabinet styles from this era often featured “cathedral” or “tombstone” designs.

Post World War II, radios became noticeably smaller with the slimming down of components and the first pocket-sized transistor radio. The casings were made from progressively more modern plastics, but wood and metal made a comeback in the higher budget designs. Companies also began to customise their look with a wide range of colors and designs, making some of these radios from the 1950s and 60s highly collectible.

Take a close look at the dials – can you see any band and frequency markings? Radios from the 1920s were typically un-marked, or marked with numbers between 0 and 100. A clue that a radio was made before World War II is if there are bands marked with “Police” or “Aircraft” which were used to communicate with these specific forces.

Before 1942, FM band frequencies were tuned between 42-50 megahertz (nowadays we have an 88-108 megahertz band). So if you see this you know your radio was made before 1942. FM stereos were produced later in the 1950s so the presence of this can indicate a radio’s manufacture date.

In the 1920s, tubes (also called valves) looked like glass lightbulbs and were attached to Bakelite bases. Metal rather than glass was usually used on tubes in the 1930s and 40s, while metal bases which locked became popular for a short period towards the end of the 1940s. Glass was used again in the 1950s, but the tubes were much smaller.

Tubes aren’t a perfect identification feature because different designs overlapped between time periods and some manufacturers continued using older tube technology for longer than others.

Does your radio have a transistor? If so, it was made after 1957.

It is hard to put a value on an antique or vintage radio because the value depends on a number of factors: condition, rarity, materials, age and quality of electronics.

Once you know the make and model of your old radio, the easiest way to get an idea of the value is to search for it in collector’s guides or catalogues both in book form and online. Take a look here for a great list of resources thanks to Phil’s Old Radios.

You can also try searching for your radio via price guides such as:

The values stated here are intended as a rough guide but are subject to change as the antique market fluctuates and time goes on. Therefore, when researching the value of a radio you intend to buy, or putting a price on a radio you intend to sell, make sure you do some thorough research to find the right value.

Radios in mint condition will sell for far more than those in bad condition. The older the radio the more likely it is to be damaged, so those that have been preserved and comprise all of their original components are the most valuable.

Original packaging, instruction manuals or schematics, and accessories will add great value. Elaborate wooden cabinets in top condition will also improve the value of the radio.

Rare and highly collectible radios are also incredibly valuable. Some of the most valuable antique and vintage radios (along with their average value) include:

First up some key advice from antique and vintage radio collectors: don’t try and play an antique or vintage radio when you purchase it! It could be dangerous or result in internal damage and make the radio irreparable. If you would like to play it, make sure you inspect the internal components thoroughly if you have expertise. Otherwise, take it to an expert who will be able to investigate it and possibly fix it for you. Check out this video for a little radio repair inspiration!

Once you know which radio you’d like to add to your collection, conduct some market research via online antique platforms including:

If you are looking to sell an antique or vintage radio, checking the above sites is also recommended to gauge the right price to sell your item for. Make sure you include lots of details and close-up photos in your listing. You can try selling through a local vintage electronics store, or take your radio to a like auction if you prefer doing business face-to-face. 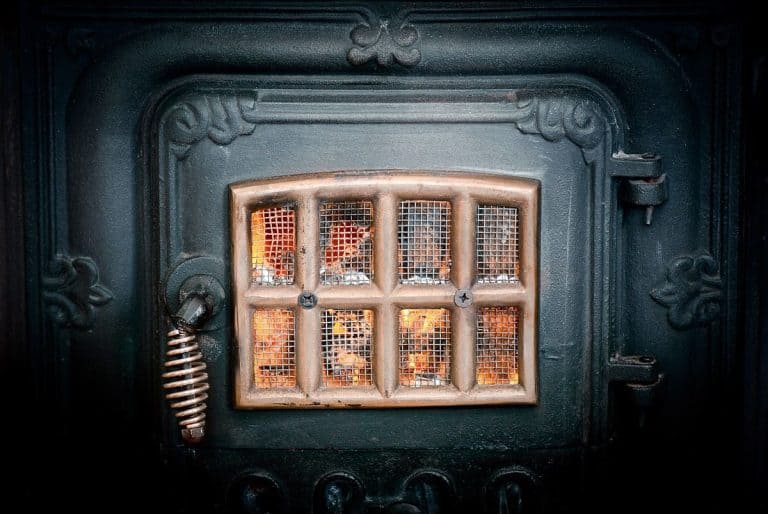 Antique wood stoves were frequently used in the kitchen by some and as decorative furniture for others…. 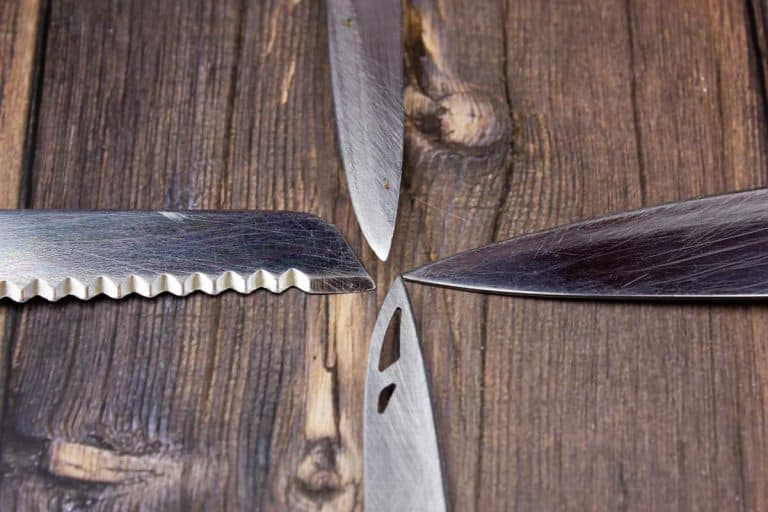 Knives are fascinating objects with an incredible history of use dating back to the stone age. These… 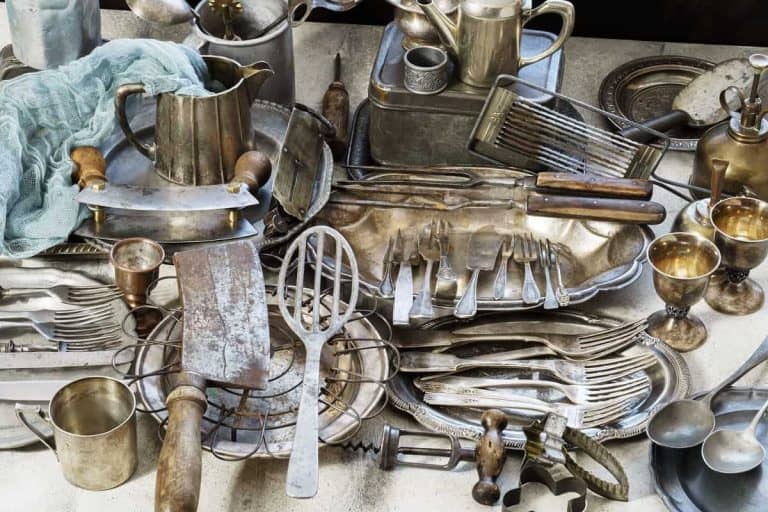 Have you recently come across some antique objects in your grandparents’ old suitcase? Or maybe you love… 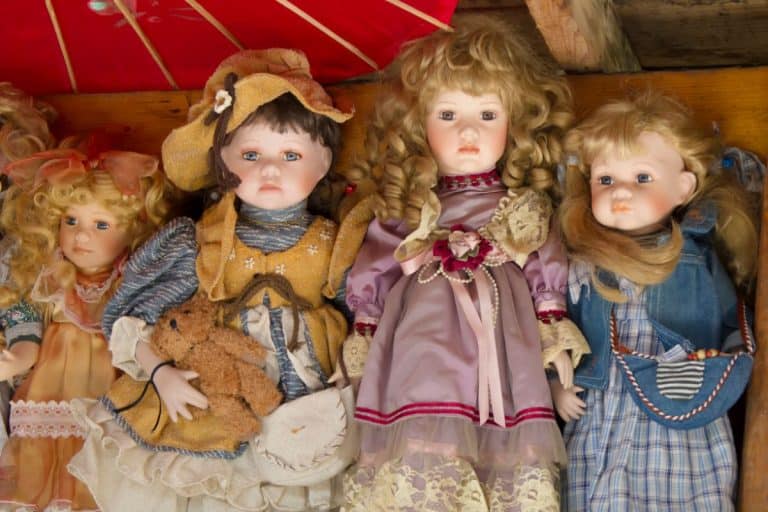 Whether you love them or hate them, antique dolls are an iconic part of human history and… 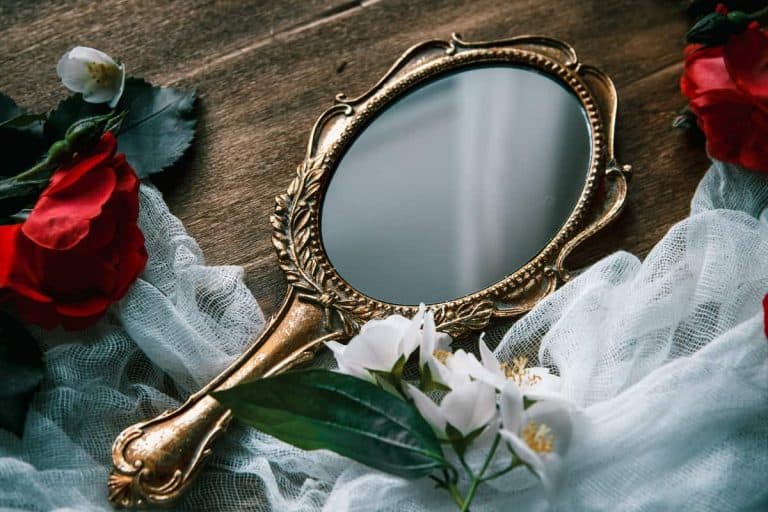 Genuine antique mirrors are an incredible addition to any home. Their often ornate frames and mottled glass… 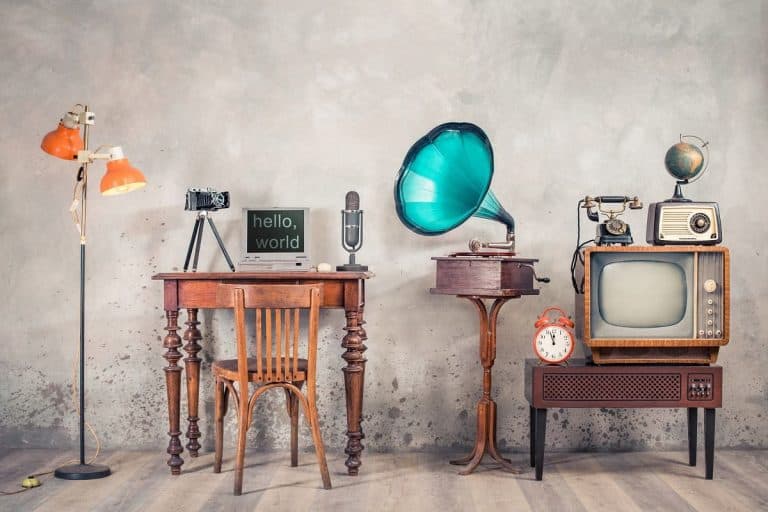