In the 21st century, look around and you’ll see people constantly taking in information, on their laptops, smartphones, and other electronic devices. All you need to do is click a button and multiple streams of information are there in front of you, ready to absorb.

However, in the 20th century this wasn’t the case. People had to use a less digital way to stay up-to-date on current events. This was mainly achieved via newspapers, which provided the primary way for people to stay up to date. Newspapers contained information regarding world events, job opportunities, entertainment, sports, and even obituaries.

Newspapers were mass produced with companies printing new editions daily. With the industry becoming smaller and previous editions no longer available, are old newspapers worth anything now?

Old newspapers featuring major events in world history are the most valuable. Factors such as the condition, rarity, and date all contribute to the price a paper is worth.

How Much Are Old Newspapers Worth?

Old newspapers are valuable due to several factors. Alongside the rarity, newspapers containing events from major points in history are usually worth more. Here is the value of different historical newspapers:

Out of the different newspaper categories, those featuring historical events are the most valuable.

The sinking of the unsinkable RMS Titanic on its maiden voyage from Liverpool to New York is perhaps one of the most well-known tragic events.

Many Titanic newspapers were printed, with 1st editions worth more money. Old newspapers from the day after the Titanic sank go from $200-$2000 depending on condition.

An extremely tragic and influential event in American history, the JFK assassination is still commonly talked about today. It’s also been called ‘the crime of the century’.

Whilst most people saved the JFK assassination papers some of the complete papers in good condition from certain news outlets can be extremely valuable. A JFK newspaper has been reported to sell from $50 to a staggering $10,000.

The Stars and Stripes was a newspaper publication mainly read by the U.S. Armed Forces. A special edition paper dated May 8th, 1945 for the European Theater of Operations that details the surrender of the Nazis sells for approximately $200-500.

Whilst attending the play ‘Our American Cousin’ at a theater in Washington DC, President Lincoln was assassinated by well-known stage actor John Wilkes Booth.

President Lincoln’s assassination newspapers are always in high demand due to the popularity of the past president and the shock at the events that unfolded. One of the most popular papers is The New York Herald Edition. Whilst many people saved it, it still fetches over $1000 in good condition.

*Some sites report newspapers detailing the assassination fetching up to $100,000

A surprise aerial attack by Japanese planes on the U.S. Naval base at Pearl Harbor, Hawaii preempted America’s entry into World War 2. As it came as such a surprise, old newspapers that detailed the events are popular among collectors.

One of the most popular papers is the 1st edition of the Honolulu Star-Bulletin on December 7th, 1941. Many reprints were made and taken home by American servicemen as souvenirs. A complete edition in good condition can fetch upwards of $1,500.

During the 1948 presidential election, Tomas A. Dewey was projected to win in the polls. Once voting had finished, the Chicago Daily Tribune rushed into printing the headline before votes were announced.

Realizing their error once Truman was announced as the victor. The paper sent employees out to retrieve as many copies as they could. Examples of this paper and other papers printing the error headlines relating to the election can fetch around $1,400.

In 1969, two Americans landed on the moon and became the first humans to walk on the moon’s surface. During the walk, Neil Armstrong famously said ‘ That’s one small step for man, one giant leap for mankind’.

With the 1969 first moon landing only happening once, newspapers detailing the events have been known to sell for around $10,000.

Other valuable newspapers detail important events such as:

Old newspapers contain unique moments in time that can never happen in the same way or at the same time. Newspapers highlighting historical events give collectors a snippet into what it could have felt like to be alive at that specific moment in time.

Alongside newspapers containing historical moments in time, collectors may also look for issues printed on dates important to them such as birthdays, anniversaries, or deaths.

What Determines the Value of a Newspaper?

The value of an old newspaper is determined by 4 main factors, which are:

The bigger the major event, the more valuable the newspaper usually is. Around the time of a major event, multiple different news outlets produced their own papers detailing different accounts of the event.

In terms of value, newspapers from the city in which the major event occurred that were published on the same date or day after are usually more valuable.

Newspaper display is often overlooked when determining old newspaper value. It follows the same principle as advertising – if something looks interesting or can grab the reader’s attention through a catchy title or shocking picture, it’s more popular and worth more money.

Old newspapers featuring detailed accounts and shocking graphic pictures of iconic events are generally more popular with collectors. If the story is published on the front page in big bold text, it’s worth much more than a story published inside the paper that doesn’t cover as much of the page.

Rarity forms a linear relationship with value, as is the case for any collectible. The rarer an old newspaper is, the more valuable it becomes.

Rarity refers to how many of a certain item exists or how easy something is to find. If a certain old newspaper edition was produced in a very limited number it’s worth much more than one mass-produced with a bigger supply still around. Older newspapers are more likely to be rare due to people discarding them or not looking after them as time passes.

The rare newspaper features to look for include;

Condition is usually the main factor that determines the value of collectibles, but not necessarily newspapers. Newspapers were made to be read, meaning most surviving issues will have some sort of wear or degradation.

Despite this, the condition is still an important factor that needs to be taken into account. When checking the condition, look for any tears, marks, stains, and missing pages. Generally speaking, the better condition an old newspaper is in, the more valuable it will be.

Very fine – The paper is clean with no evidence of wear or staining. An effort has been made to preserve it

Fine – The paper is clean and undamaged, with normal light wear and tear. This is the condition most newspapers are in

Good – The paper may show light wear at the fold lines, small tears, and may be slightly limp in places

Where to Sell Old Newspapers

If you’ve got a collection of old newspapers hanging around in your attic, it might be time to sort through them. If you want to sell them, first you need to find the most valuable ones whilst thinking about the factors I’ve described above.

Once you’ve got the most valuable papers organized, it’s time to find a suitable way to sell them. Online resale sites such as eBay, anydate, and oldpaperbuyer are good sites to buy and sell old newspapers.

If you think your old newspapers might be worth a lot of money, consider getting them appraised first then selling them on a higher-end antique site or at auction.

Summary – Are Old Newspapers Worth Anything?

Old newspapers provide valuable insights into history at times when people had to pick up a paper to find out the events from the day before. Newspapers featuring iconic historical events are the most valuable, with the condition, rarity, and display also affecting the newspaper’s value.

Alongside newspapers featuring historical events, collectors may also look for newspapers printed on dates that are meaningful to them, such as birthdays, anniversaries, or deaths.

For paper to survive against the environment, it needs certain attention and care. The main environmental factors affecting paper are sunlight, heat, and humidity.

Store any old newspapers in a dry, cool location, and make sure the papers are kept away from any heat sources such as radiators or direct sunlight.

Should I get my rare newspapers appraised before selling them?

Professional appraisers can properly evaluate your newspapers to give you an accurate estimate of their value. If your newspaper is in good condition and it contains a historical event, it’s a good idea to get it appraised before deciding how much to sell it for.

What’s the difference between newspaper appraisal and authentication?

An appraisal is where a professional appraiser looks at your old newspapers and provides you with an estimated value based on rarity, condition, and features.

Will my old newspapers keep going up in value?

Like any other collectible, the value of old newspapers can go up or down depending on the market at the time and the supply and demand.

With old newspapers, they are more likely to be more valuable as time passes due to them becoming rarer as more are thrown away or not preserved properly.

What’s the most valuable newspaper?

What is the oldest newspaper?

The oldest known newspaper is The Wiener Zeitung, a newspaper from Austria. It was started back in 1703. 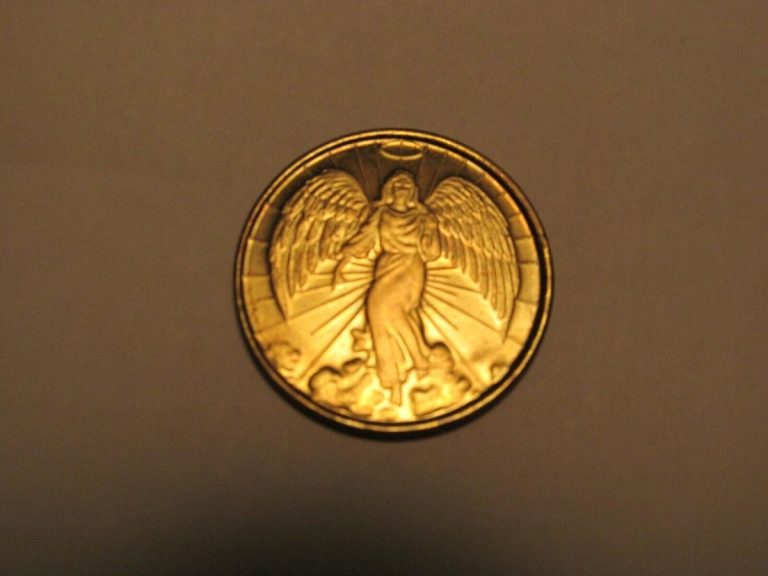 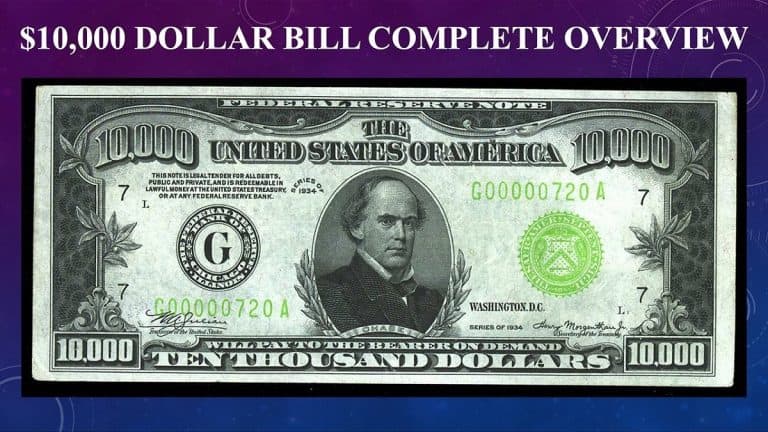 While a 10,000 dollar bill may sound outrageous to many today, this shock mostly stems from the… 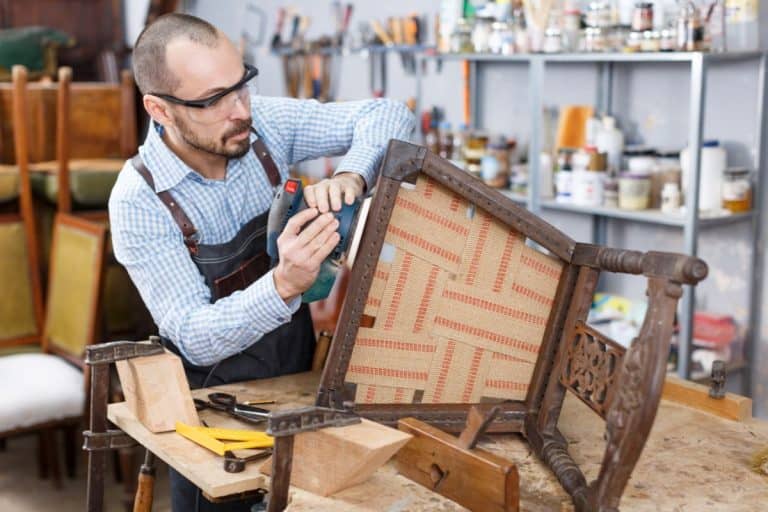 For many people, antique furniture is furniture with a soul and irreplaceable addition to their apartments and…

As the price of metal continues to rise, metals have become valuable commodities in today’s economy. Scrapping…