A quick search on Google for ‘the most expensive diamonds on earth’ will reveal the Hope diamond sitting on top. The value and worth of the Hope diamond lie in its rarity and rich history – not to mention its sheer beauty.

Even though the stone may not be up for sale in the future, experts have valued it somewhere between $200 million – $350 million.

Thanks to impurities and other contents found in it, such as boron atoms, the diamond emits dazzling blue lights under UV light. Hence, the diamond acquired its name – the blue diamond.

More importantly, it brings along a lot of history – and curses. Now a permanent member of the Smithsonian National Museum of Natural History, the blue diamond weighs 9.104 grams and has a clarity grade of VS1, found in the rarest of diamonds.

Nevertheless, let’s shift our focus to the centuries-long history of the Hope diamond. After all, its history defines the diamond in the first place.

The Blue diamond was first discovered in the Kollur mine, located in the Andhra Pradesh district of India. Meanwhile, the name of the discoverer is unknown to date. According to several reports, a French gem collector, Jean-Baptiste Tavernier, got hold of the diamond in 1666.

Later, the French gem collector gave the diamond a name – Tavernier Blue. The diamond was cut (weighing roughly 23 grams) and subsequently sold to the French King Louis XIV for 220,000 livres.

In 1678, King Louis XIV demanded that the diamond be cut again, further reducing its weight to 13.4 grams. (Also, now the diamond sat snug in a pendant to be used in the King’s ceremonies.) After that, the diamond acquired another name – Blue Diamond of the Crown of France.

The ultra-rare stone would then exchange several hands throughout the royal family bloodline. Later, King Louise XIV passed the blue diamond to his grandson Louis XVI. In 1787, the diamond was stripped from its pendant after the government turned over the King’s jewels to the government.

After the imprisonment of King Louis XVI in 1792, the blue diamond was stolen by a group of thieves, later to be seen after two decades. Nonetheless, the following year, the public executions of the royal family took place in what people regard as the ‘Hope diamond curse.’

The blue diamond didn’t resurface until 1812 when a diamond of a similar size, shape, weight, and color was seen in the hands of a UK-based diamond merchant Daniel Eliason.

However, there’s little evidence to claim the timeline’s accuracy. The diamond wasn’t the same as before; it had been subject to another cutting and modification. The jewel was then said to be gifted to King George IV.

After he died in 1830, the jewel was stolen by the King’s mistress. Meanwhile, other reports challenge such fact and claim that the gem was sold to clear off the King’s debts.

Nevertheless, the diamond soon found itself a new home when in 1839, the blue diamond was uncovered and published in a gem collection catalog of a wealthy banker – Thomas Hope. With its new owner, the Blue diamond had acquired yet another name – Hope diamond.

In the same year, and after the death of Henry Philip, the diamond found itself in the ownership of his oldest nephew Henry Thomas Hope. The diamond’s new owner died in 1862, making his wife, Anne Adele, the rightful owner of the precious gem.

Several members of the Hope family exchanged ownership of the ultra-rare gem. It was until 1901 that the Hope diamond had a move on from the Hope family. After a long-ensuing legal court battle, the Hope family sold the diamond for £29,000 (equivalent to £3.35 million) for liquidation purposes.

The Hope family transferred the jewel’s ownership to a London-based jewel merchant, namely Adolph Weil. Then, the same year, Adolph sold the diamond to Simon Frankel, an American-based diamond dealer.

Eventually – and as expected – the Hope diamond was sold by Frankel to a wealthy Turkish gem collector, Salim Habib. An agreement of $400,000 (equivalent to $12.06 million today) was made between both parties.

However, the transfer ship was short-lived when the Hope family sold the Hope diamond for $80,000 (equivalent to $2.4 million today) to Pierre Cartier, another gem/diamond collector.

Pierre then traded the diamond to Evelyn Walsh Mclean, an American socialist worker, who got enchanted by the gem’s beauty. Be that as it may, the priceless gem claimed yet another victim when in 1947, Evelyn died from pneumonia.

Her collection was passed to Harry Winston, a New York-based diamond merchant, in 1949. Harry Winston, quite humbly, donated the gem to the Smithsonian National Museum of Natural History as “a gift to the world,” where it remains on exhibition and is seen by millions.

The table below shows the summarized timeline of the Hope diamond’s age.

The size of the Hope diamond that is on display at the Smithsonian National Museum, D.C., isn’t the same weight, or quality, as when it was initially extracted. The Hope diamond had to undergo several cuts and modifications in different events during its timeline.

That said, the Hope diamond currently on display weighs 45.52 carats.

Why is the Hope diamond popular?

The Hope diamond owes its popularity to its comprehensive history – apart from its exclusivity. Having traveled more than half of the world, the ultra-exclusive diamond has exchanged several hands, including those of French Kings, British Kings, wealthy and influential Turkish families, and even socialists. Therefore, the Hope diamond holds sentimental value to history and is sure to catch the eye of a gemstone enthusiast.

Moreover, the diamond’s exclusive properties make it extremely popular and likable amongst well-versed diamond specialists. For instance, the Blue/Hope diamond has a clarity grade of VS1, a standard found in the rarest gems.

Similarly, the diamond is known for its unique and antique cushion brilliant cut that gives it a gorgeous look. No wonder how enchanted Evelyn Walsh Mclean – one of the owners of the diamond – must have felt after laying her eyes on the ultra-rare gem.

How much is the Hope diamond worth today?

Ever since Harry Winston donated the Hope diamond to the Smithsonian National Museum, D.C., the diamond hasn’t been up for sale and will likely remain so in the near future. With that said, experts value the blue stone to fetch prices between $200 million to $350 million.

Who owns the Hope diamond?

Harry Winston was the last owner of the Hope diamond. It was until 1958 that Harry donated the diamond to the Smithsonian National Museum of Natural History, where it resides to date, open for public display.

How old is the Hope diamond?

The age of the Hope diamond can be traced as far back as 1.1 billion years or the earth’s formation. The Hope/Blue diamond was formed due to the strong bonding of carbon atoms.

Also Read: How Much is 1/10 Carat Diamond Worth?

Even though it is carefully documented, some part of Hope diamond’s story and history remains a topic of speculation and debate. The type of owners (and events) the diamond has gone through make it something exceptional and a story to tell your grandkids about.

Also, the Hope diamond, albeit a rare and striking ornament, has gathered a reputation for being ‘cursed’ owing to the tragic ends that its owners met.

From the executions of the French royal families and the bankruptcy of the gem collectors to the brutal accidents of the Evelyn Walsh Mclean family, the diamond has claimed several victims. (However, Harry Winston may say otherwise).

Despite being impossible to buy, it certainly ‘rocks’ your head to think whether owning a Hope diamond would be worth it, or not. 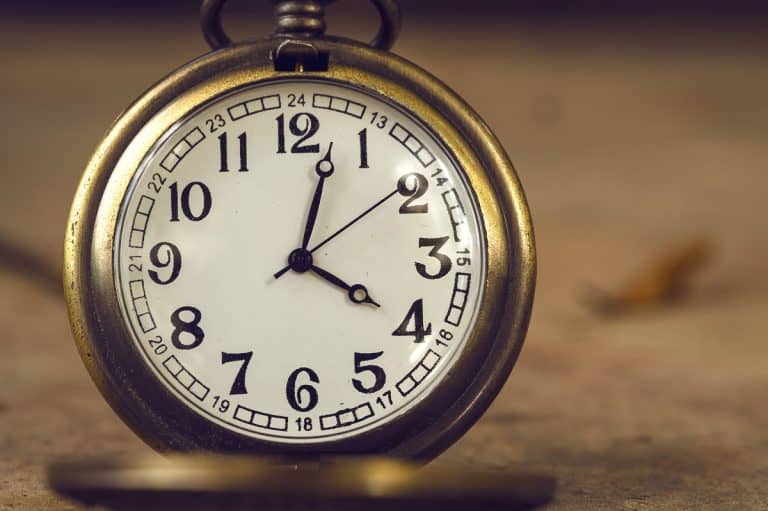 Collectors all over the world love Elgin pocket watches for their classic, timeless design and precision engineering…. 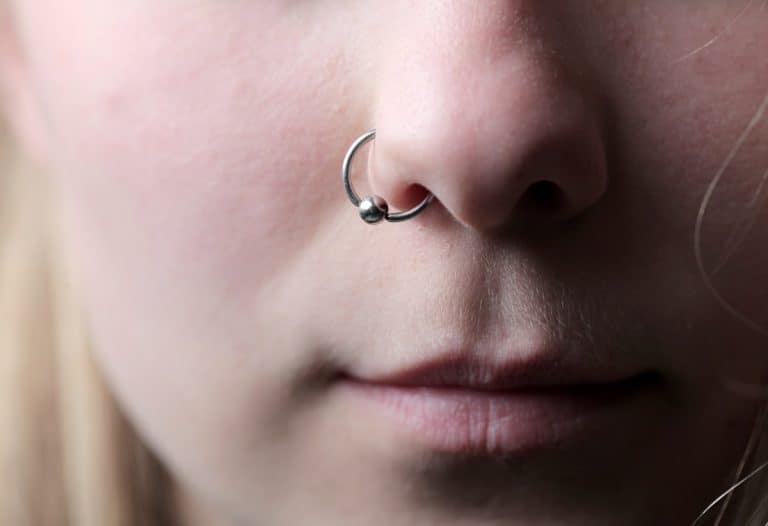 Getting a piercing has always been a big decision. Perhaps, not as big as the one about…

Taking a first glance at the website is decently gratifying; with a relatively simple and clean-cut approach…

As we grow older and wiser, we develop a sense of style an division that can create… 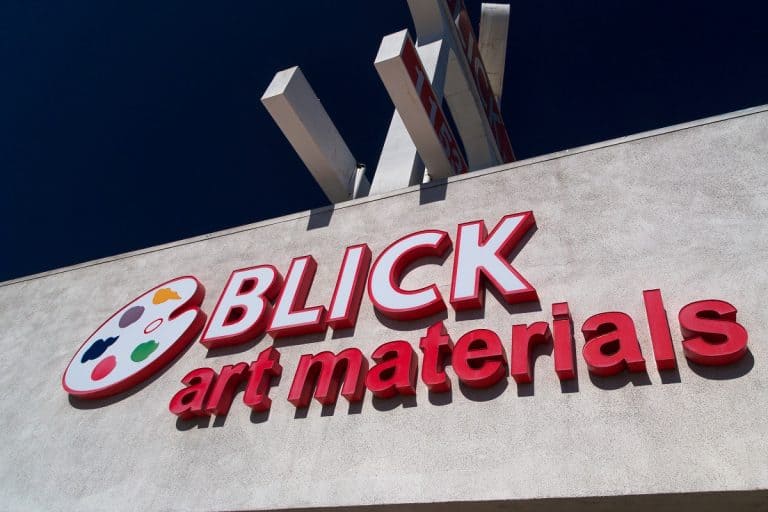 If you want the best art supplies at the best price, then Dick Blick Art Materials might… 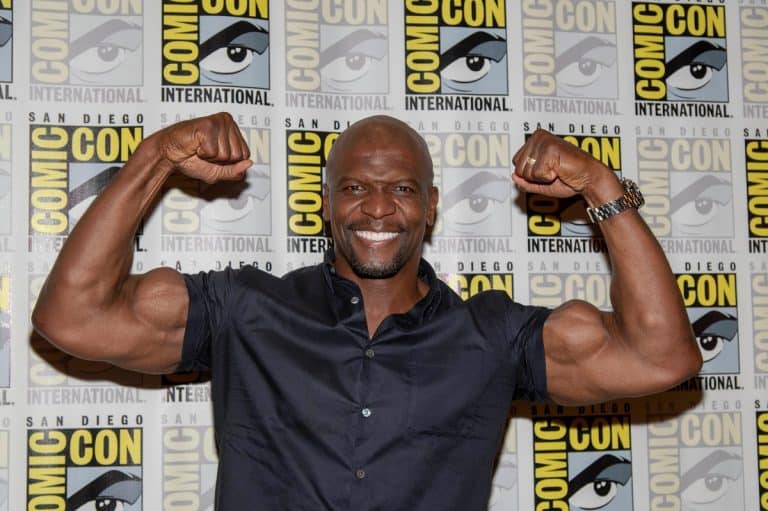