An artifact, also spelt artefact, is any object which has been crafted by a human being, distinguishing it from an object from nature. Usually, artifacts have a cultural or scientific significance, and they are often something which connects us to the past or to our ancestors.

The term ‘valuable’ can often mean expensive. But when it comes to valuable artifacts it can entail historical, emotional, or even spiritual value. Something which means a great deal to a person, a whole group of people, or even our entire species. Most of these artifacts are so valuable in terms of progressing human understanding, developing language, and helping us identify with our ancestors, that a price cannot be put upon them – they are invaluable! Priceless!

Today, we’ll be taking a closer look at 10 of the most valuable artifacts in the world from north, south, east and west. We’ve made a list of some of the rarest, most expensive, and most famous artifacts found so far. Join us to discover some of the world’s greatest treasures!

Find out more about these fascinating discoveries below…

10 Most Valuable Artifacts In The World

Homo sapiens have been around for plenty of time for a plethora of unusual and interesting objects to have been crafted! Signs and symbols of ancient civilisations are among the rarest and most incredible artifacts to have been found so far. We’ll explore just a few of them here…

1. The Funerary Mask Of King Tutankhamun

Perhaps one of the most iconic and valuable finds throughout history, the funerary mask of Tutankhamun is now the symbol of the ancient Egyptians. This mask was placed over the mummified body of the king who died in 1323 B.C. The base is solid gold and set with precious stones like lapis lazuli and turquoise.

It was found in 1922 by a British archaeologist called Howard Carter during the discovery of King Tutankhamun’s tomb in the Valley of the Kings. It is now kept in the Egyptian Museum in Cairo.

The Olmec civilisation lived on the coast of the Gulf of Mexico between 400 and 1,400 B.C. So far 17 of these massive head sculptures have been found and have now been distributed between different museums in Mexico. They were carved around 3400 years ago! Archaeologists believe they depict ancient rulers, as each has different features such as diverse headdresses or facial expressions. The stone is basalt and was sourced from the Tuxtlas mountains.

The first head was discovered by a farmer who was digging his land when he came upon a massive boulder in 1862. Others have been found in the Tuxtlas mountains, and the ancient cities San Lorenzo and La Venta. Where will the next one be found?

The Rosetta stone was discovered by Napoleon’s soldiers in 1799. During a campaign in Egypt, British soldiers defeated the French soldiers and took the stone back to London where it was translated. Although the stone has been chipped and worn down over time so that part of it is missing, the full text is known because it was inscribed as a decree on other artifacts which have been found since. It is currently on display in the British Museum in London.

Qin Shihuang, the first official emperor who ruled over a united China between 210 and 221 B.C. commissioned an unusual and colossal mausoleum comprised of an army made from terracotta. Allegedly, over 700,000 workers partook in the creation of the tomb around 2200 years ago. The site itself has been turned into a museum (Emperor Qinshihuang’s Mausoleum Site Museum), and stretches over 22 square miles!

Aside from the most famous figures constructed in the mausoleum – the army – there are statues depicting dancers and acrobats, carriages, birds, a whole city of terracotta figures! Around 2000 soldiers have been discovered but archaeologists speculate that there are perhaps 6000 more still buried beneath the ground. Incredibly, each soldier has a unique look with slightly different hairstyles, hats or caps, tunics, even down to tiny details like differently shaped ears!

The first soldier was found by some farmers who were digging deep underground to build a well in 1974. It seems like farmers are true explorers when it comes to discovering ancient archaeology!

In a cave, in the cliffs adjacent to the Dead Sea, almost 1000 scrolls were discovered rolled up in clay pots. These texts were written between 300 B.C. and A.D. 70, around 2000 years ago! Most of the scrolls were written in Hebrew, and comprise religious texts, hymns, and stories from the Hebrew Bible or Old Testament of the Christian faith.

It was a Bedouin shepherd who discovered the first scrolls on a quest to find a missing goat in 1947. Since then, archaeologists have found many more scrolls in nearby caves some of which have been incredibly well-preserved. Others have broken down into fragments which experts are attempting to piece back together to uncover their long lost secrets. Many scrolls were written on animal skins, and scientists have been working to use DNA sequencing to match up scroll fragments.

Most of these scrolls now reside in the Israel Museum in Jerusalem.

6. The Bronze Statue Of Artemis And A Deer

Artemis, known as Diana in ancient Rome, was worshipped as goddess of the hunt. Some details of the original statue have been lost over time – experts say there was a bow in her hand, and a dog standing to her left side opposite the deer. It is currently on display in the Metropolitan Museum of Art in New York.

The statue was made with an impressively high level of skill and craftsmanship, using a wax method to cast the sections, a method that has now been lost. This artifact was found by construction workers in the 1920s, close to the Saint John the Lateran church in Rome. It is likely to have been displayed in the garden of a wealthy Roman close-by. The location is close to an important ancient Roman site, the speculum Dianae (‘mirror of Diana’, a sanctuary of the goddess Diana).

Chhatrapati Shivaji was a famous warrior of the Indian Navy in the 17th century. He was an important figure in developing traditional Maratha weapons including a special type of sword now called Shivaji swords. There are many paintings and sculptures depicting Shivaji and Maratha warriors holding these amazing swords.

Allegedly, Shivaji owned three particular swords during his lifetime, the Bhawani Sword, the Tulaja Sword and the Jagadamba Sword. The latter sword was thought to have been displayed in the Royal Collection Trust of St Josephs Museum in London because it was officially presented to the Prince of Wales in 1875 A.D. from Shivaji IV. However, there is much speculation about the actual location of this sword, and it is under investigation.

Also Read: 9 Most Expensive Swords In The World (One Is Worth Over $100 Million!)

No one knows exactly when this incredibly preserved hammer was made, but the rock it is encased in was dated between 400-500 million years old! That means it was from the Ordovician Period, before Homo sapiens were even around. Scientists speculate that the hammer was abandoned a long time ago and became encased when ancient limestone minerals built up around it.

The actual date when the hammer was made is unknown because it now lies in the Creation Evidence Museum (the artifacts in this museum are not allowed to be scientifically tested) making a big, intriguing mystery! A couple in Texas discovered this artifact in 1936 after cracking open an unusual piece of rock they noticed had some wood sticking out of it. It just shows you can find real treasures in everyday life if you keep your eyes peeled!

Hundreds of these incredible stone discs were found in the Baian-Kara-Ula cave in China. The amazing thing about them is that they have an uncanny resemblance to phonograph records – they are 9 inches in diameter and are carved with a spiral groove. The groove turned out to be composed of miniature hieroglyphics which were studied and translated by archaeology experts.

Although it has not been confirmed, the hieroglyphs seem to tell a story about the Dropa – aliens who crashed their spaceships into the nearby mountains! The discs are carved form jade and are extremely intricate. Their origin is still in question which makes them an incredibly rare and exciting discovery.

The Hope Diamond is one of the most valuable artifacts in the Smithsonian Museum in terms of expense – it is also one of the most visited objects on exhibition. It is a 45.25-carat diamond with a deep blue color, estimated to be worth something between $250-350 million USD! Apparently is was donated to the Smithsonian by Harry Winston, mailed in a simple brown wrapper to the museum.

It has a fascinating history and has been owned by many different, notable figures throughout its existence. Originally, it came from the Kollur mine in Golconda, India and was purchased by Jean Baptiste Tavernier, a French merchant. He sold it to King Louis XIV of France and it was first set, with other diamonds, by King Louis’s court jeweller. It was handed to (or stolen by!) many owners throughout the 1700s, 1800s and 1900s.

You’re a young, healthy man in 1850 America. You work hard on your farm and enjoy a…

Modernity has swallowed up most aspects of our day-to-day lives. We use GPS to get around, replacements…

To some, an armoire is a pompous way of saying wardrobe. But that’s far from the truth…. 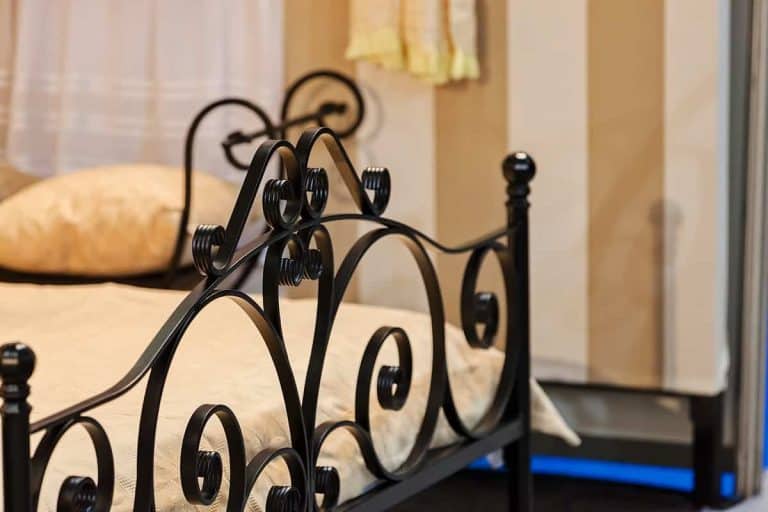 Are you a passionate collector of antiques, or would you like to add a unique metal decoration… 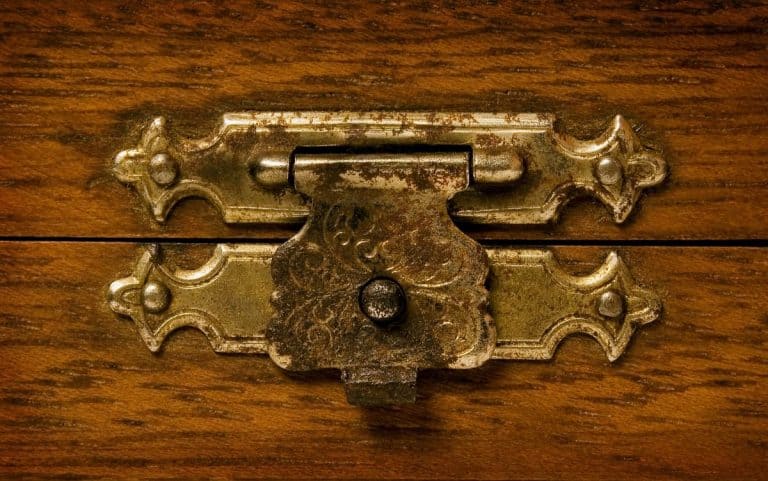 Chests have early origins all the way back to the Egyptian Era and Middle Ages. During those…

It’s 1780. François-Pierre Aime Argand is working maniacally as he attempts to perfect a new design for…