The electric mouse Pokémon – better known as Pikachu – is probably the most popular Pokémon in the entire game. It’s certainly the cutest! When Pikachu isn’t being a faithful companion to Ash, he’s battling it out in Pokémon Trading Card Game (TCG) battles around the world.

There have been many releases of Pikachu in the TCG sets spanning the past 20+ years, and some are rarer than others. In fact, the rarest Pikachu cards can sell for staggering amounts of money.

So, do you have a valuable Pikachu card at home?

This guide will help you identify your Pikachu card and get a value for it! Let’s get started.

How to Navigate This Article

This article contains prices for pretty much every Pikachu card ever created, so navigating it can be a little tricky. Here are some tips:

You can also use ‘ctrl + f’ on your keyboard to search this page or use the search function in your mobile device browser.

We have given the card number for every Pikachu card, e.g., 84/114, so the easiest way to identify your card and find the value is to search for that number!

How Much Are Pikachu Pokémon Cards Worth?

At the time of writing this article, Pokémon cards are increasing in value. However, this changes day to day so always double check our prices to find an up-to-date quote.

Keep reading for the top 5 most valuable Pikachu cards to sell on eBay, plus a full list of prices for every single Pikachu card… ever!

5 of the Most Valuable Pikachu Pokémon Cards

Here are 5 different Pikachu cards that sold for insane amounts. You’ll notice quite quickly that the rarer the card, the higher the value. This means that promo cards that were unreleased go for the highest amounts!

Only 39 copies of this card were ever made. They were given to winners of an illustration competition through CoroCoro Comics. Only one in existence was graded PSA Gem Mint 10, and it sold for $5,275,000.

Only three cards were ever printed for No. 2 Trainer in 2008, making this card highly valuable. It was originally won at the championship in Hilton Orlando Lake Buena Vista hotel in Florida, USA and eventually sold at auction for $43,200.

All four cards in this fun set have two autographs – one by the voice actor for Mario, and the other for the artist behind the card designs. Together, they sold at auction for $6,600 which seems a little low to us.

Released in 2021 with artwork from 2018, this card celebrates the Detective Pikachu video game! These cards were given to people who worked for The Pokémon Company – we are so jealous. This one sold at auction for $4,560.

All Pikachu Cards and Prices

Here is the full list of Pikachu Pokémon card values! It’s extremely long, so consider yourself warned. All average market prices are sourced from Pokémon Wizard.

P.S. some cards have a copyright mark for 1995, but they were actually not released until 1999!

The market average accounts for all cards sold, including those that are a low quality. If you have a gem mint card, it is going to be worth much more. Most high-quality Pikachu cards sell for a few hundred dollars at least.

The highest sold Pikachu from this set was a first edition Pikachu with red cheeks. It was graded PSA 10 (gem mint) and sold for $20,000!

Although the Pikachu from Legendary Treasures isn’t the most valuable, it is still highly sought after by collectors thanks to the unique sparkly pink design! In fact, one PSA 10 card sold for $1,000.

Even though Detective Pikachu technically has his own set, many of the Detective Pikachu-themed cards were also released during the Sun & Moon promo season. With the renewed interest in Pikachu around this time, there is a crazy number of Pikachu cards to collect!

We recommend collecting multiple into a set (e.g., all of Ash’s Pikachu cards) to get a higher value when you come to sell.

There are many other Detective Pikachu cards, so don’t panic if that card isn’t yours! Scroll up to the Sun & Moon Promos to check there.

If you manage to get the set of all 4 Pikachu V Union cards, you can expect to get more money than if you sold them all separately. One such set sold for $600 quite recently.

Wizards of the Coast produced various promo cards for Pokémon, always stamped with a black star and the word PROMO where you’d usually find the expansion pack name. They lost their license to produce cards in 2002, but not before they’d released seven Pikachu cards.

Always look for the black star to confirm if you’ve got a Wizards promo card, then use Mavin to find the average sold price. Some official websites don’t recognize the Wizards cards as official, so finding a price can be tricky.

Over the years, McDonald’s has run promos in collaboration with Pokémon several times. Some of these cards are playable, while others aren’t. Similarly, these cards don’t tend to have an average market price – some may be valuable to collectors, but they aren’t “essential” cards that all collectors are looking to buy.

You can try selling them online and maybe you will find a card collector who wants to catch them all! For example, this 2014 McDonald’s Pikachu card sold for over $300 in 2020.

Pikachu is much-loved, and as such, it’s often chosen to feature on special cards. For example, the Poké Card Creator Pack which was released in 2004 featured artwork created by kids who entered a competition.

Cards may be of value to some specific collectors, but there isn’t a huge market for them – you won’t be able to find an average value for cards like this. You can still try to sell them on eBay, however!

How much is a Pikachu Pokémon card worth?

Official market values range from $0.10 to $500 but high-quality cards can sell for tens of thousands of dollars, especially if they are part of a set of Pikachu cards.

How can I tell if my Pikachu card is worth anything?

You first need to identify which Pikachu card you have. Look for the numbers in the lower left or right corner and search them in Pokémon Wizard to find out what set it is from. This site will also give you an average market price, but the exact price really depends on the quality of your card. If your Pikachu card is valuable, you may want to send it to PSA for official verification and grading.

There were five different Pikachu cards released in 1999, ranging from $1 to $48 at the time of writing. Value also depends on the quality of the card – higher quality goes for a higher price.

What is the most valuable Pikachu Pokémon card?

If we go by average market value, it’s the 104/110 Pikachu Star from the EX Holon Phantoms set which is worth around $500. However, the Pikachu card that sold for the highest amount (that we’re aware of) is the Illustrator card, a Japanese promo, which sold for $5,275,000.

Is a Pikachu card rare?

It really depends on which Pikachu card you have! The basic Pikachu card is not very rare at all, while certain special releases and holo cards are extremely rare (and thus extremely valuable). Regardless of the rarity, Pikachu is one of the most-loved Pokémon and there is nearly always a market of Pokémon fans willing to buy a mint condition Pikachu card from you. 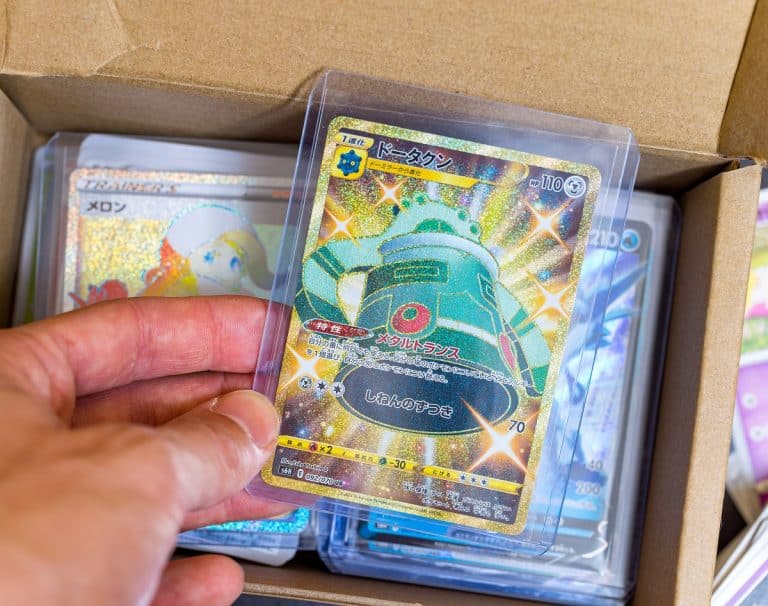 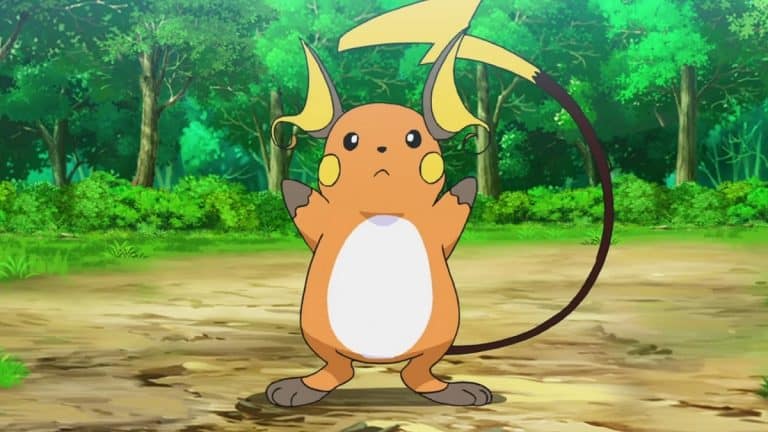 Raichu evolved from one of the most popular and loved Pokemon from the entire game, as well… 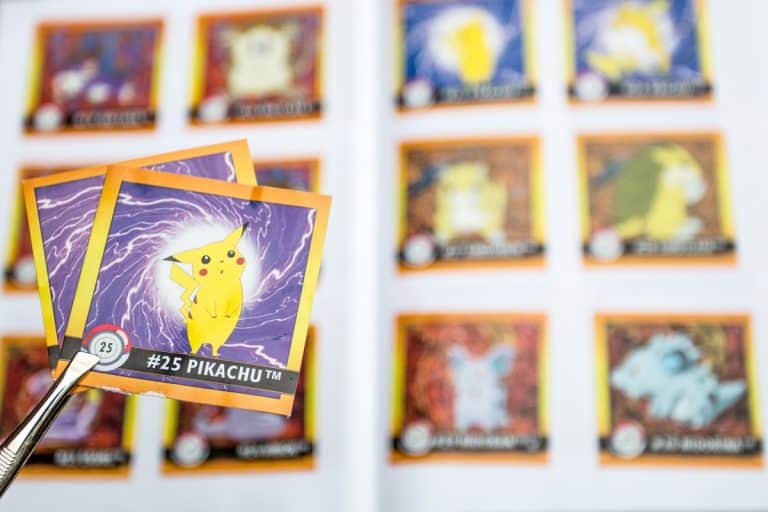 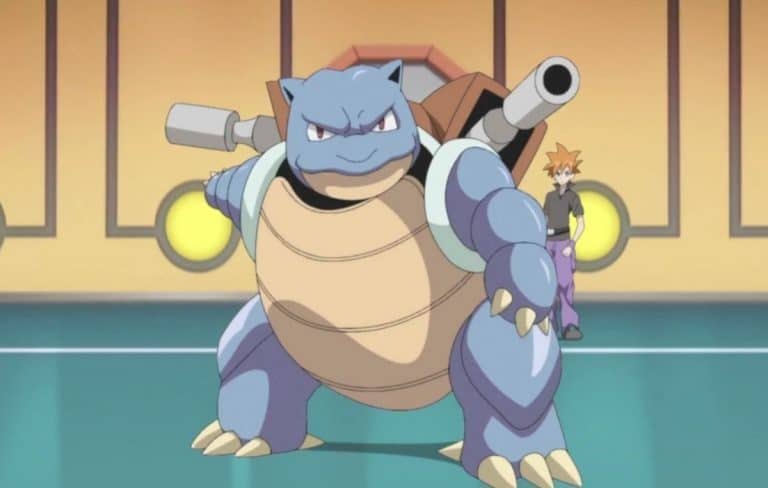 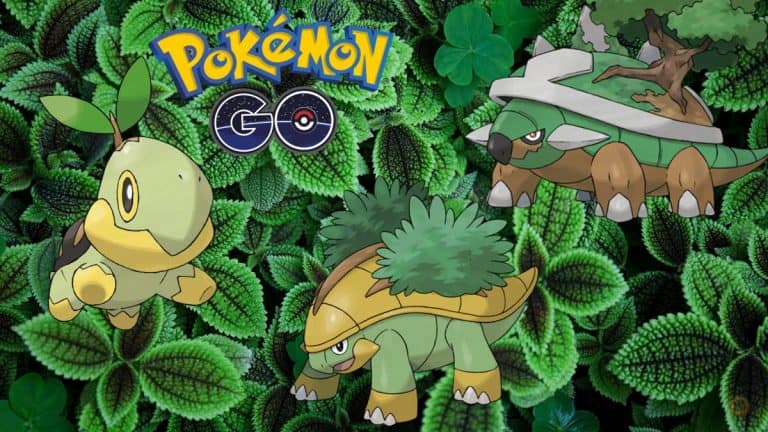 Pokemon trading cards and TCG have been around for decades, first as a game and a simple… 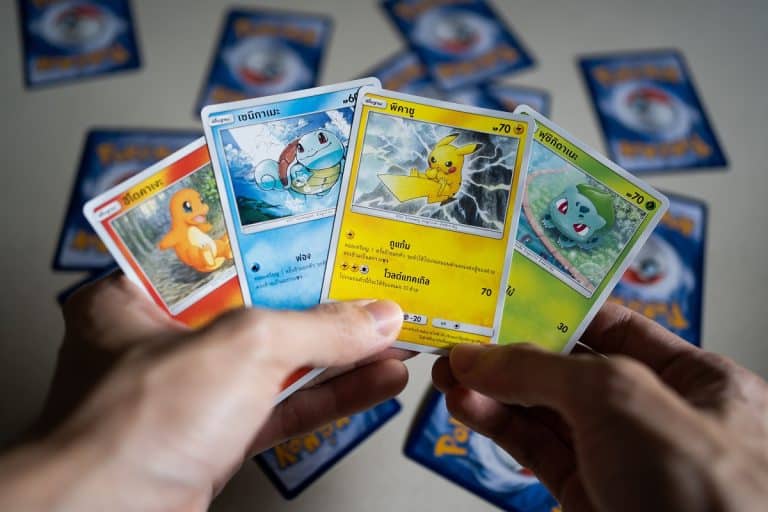